Open any management book, and the name Taylor, then terms Taylorism or Scientific Management, will frequently be read. Usually used as a starting point to criticise an over-bearing culture dominated by procedures; orders, a hierarchy, and above all the feeling that there is one best way to do something. And that someone, somewhere, hopefully, knows what that is.

From the work of F.W. Taylor, Principles were established, largely along the lines of measure, measure and measure again. The move towards optimum efficiency gave armies of time and motion studies consultants a lifetime’s work, as they perfected times to do tasks, check efficiency, and provided the consumer of the twentieth century with the material benefits of a modern society, at an affordable cost.

Even today, this concept of “efficiency” persists in measuring how long it takes to answer a phone call, call centre staff reading carefully crafted scripts, even to IT systems being used to note when someone logs on to their computer in the morning, and logs off again (naturally with the helpful automated emails to remind them whether they have worked a full day or not).

Taylor is often blamed for this, and people may take at face value what other publications state, as they in turn urge their readers to adopt another course in the search for the holy grail of workplace efficiency.

He identified – as we surely still do today – of “…wastes of human effort, which go on every day through such of our acts as are blundering, ill-directed or inefficient.” He notes that President Roosevelt remarked that “The conservation of our national resources is only preliminary to the larger question of national efficiency.” But that the former has “…stirred us deeply, while the other has moved us but little.” Plus ca change, as they say.

In an effort to stir, Taylor then goes on to argue the case for the scientific management of tasks and tools to facilitate this improvement in efficiency through:

a)      An awareness of inefficiency;

b)      The requirement for systematic management, and;

In the absence of any better principles, Taylor’s have remained firm. Arguably however, much of his work has been mis-applied, mis-appropriated and distorted. Neither did he appreciated the extent to which his work would have consequences above and beyond his original intention.

The presumption that there is someone who knows best.

The class-based education system may have led to tiers of workers with more or less knowledge or a presumed intelligence, appropriate to their social standing. That is largely no longer the case. Smaller, leaner organisations enable staff at all levels to be able to see and apply more efficient and effective ways of working. Taylor may have used distinctions to argue that some workers were not in a position to appreciate potential improvements in their work, but the effect of his work was to create levels of supervision and management of a transactional rather than transformational nature. The measurers became more valuable than the doers.

Benefits were supposed to be shared.

Taylor argues that efficiency (and hence profit) benefits arising out of the application of his principles would be shared between the workers and the company. This element of Taylor’s work seems to have been quietly dropped by employer organisations. Even Taylor, however, seemed ill at ease with his own principle; just before he identifies that a higher-paid, higher-output person is good for the company and the individual, he ventures that (p74) “…it does not do for most men to get rich fast.”

Contemporary organisations appear to have a high regard for zero-hours contract, avoidance of being an employer in the first place (see Uber, etc), disruptive technology, and using the basic wage as some sort of government-endorsed earnings benchmark.

Transfer of ownership of work

As far as can be seen, employment status has been entirely overlooked by all commentators of Taylor’s work. The company may have taken the workers tools and established (personally preferred) ways of working, redesigned them and handed them back. But this metaphorical handing back of the tools could not disguise that the company now had ownership of the job.

Those tools, and ways of work, belonged to the company, and not the worker.

Try selling your job to someone wants it more than you, and you will realise how little of a job belongs to you, irrespective of how apparently responsible you are for it. So what are the implications for workers to improve efficiency and effectiveness?

Use and exploitation of employees

Leading on from the transfer of ownership of work, and very much with a mind towards Morgan’s (1986) “Images of Organisation”, we can see how employer ownership of a job becomes ownership of a person.

Ownership of jobs reinforces the organisation’s (and employee’s) belief that job titles, and formal contracts – specifying the nature of the relationship – are a reward in themselves.

The complexity of the psychological contract between an employer organisation and employee is neatly sidestepped in most contracts of employment. Taylor’s approach to classification of workers reinforces the idea that people have job titles. On the organisational chart, these all too often metaphorical boxes become literal ones too. Employees are judged by their position; movement in or out may be decided at an annual review; “professionalism” becomes a psychic prison’ limiting creativity.

If you give someone an empty garage, over time it will become filled. Probably mainly with junk.

Time works in the same way. I have had the experience of delivering a time management course to a group of people in an organisation where logging on to their computer tells HR what time they start, and logging off tells HR what time they have finished. Five minutes late to start, or leaving early prompted an automatic email to the staff member – and their manager – that they are being reprimanded.

None of the people on the course actually had a problem with time management. The problem was that they had filled the time they had. There was no alternative – no leaving early once a job was done, and no benefit for the person if they found a better way of doing something.

Despite these observations, HR were adamant that staff had to start and finish at set times – “because they had signed the contract”.

Operational environments may well require specific time i.e being a face to face contact, being part of an operational process. We would argue that administrative management produces output which is outcome-based, rather than time based. (Something needs to be done, so when the task is complete, job done). Yet how many organisations would truly welcome staff completing their work more effectively and more efficiently, by completing their work within time then going home? Or as Taylor would have suggested, sharing the profits of that efficiency.

It should happen, but because of the principles of contracts of employment, ownership of the job, and the perceived control over the time of the person, creativity – or just working more effectively – doesn’t get a look-in. Because by controlling time (and not the outcome) staff have no incentive to improve. They fill up their time garage with junk. Then get blamed for poor time management!

Administrative Management – that is to say all administrative support activities within an organisation involved in the transfer of information – has been left far behind in becoming efficient, let alone effective.

Delegates from every level in organisations admit that they produce defective goods. Reports which won’t be read, passing on information they don’t understand themselves; having to re-write or rework. Being bullied by bosses, with no recognition for improvements. On a daily basis within a contractual time period.

The utopian worlds envisaged by Fayol, Taylor and Weber, with mechanistic activity, organisations structured about authority, and rational-legal decision making rules, have become subverted into a dystopia when applied to administrative environments.

Taylor recognised the importance of efficiency. Operations (that is to say, delivery of product or services) has benefitted from the application of alternative principles. In using the example of workers at a steelworks, he too was writing about operations.

Would life in administrative environments have been different now if Taylors book was called “Principles of Scientific Production Methods”? Bearing in mind that production environments have largely cast off Taylors’ Principles in favour of automation, lean manufacturing, and increasingly AI, administrative activities could do with realignment to Principles which reflect the world we live in, without an unthinking default to an era of over a century ago.

David Smith, writing in The Times about UK Productivity (“UK productivity is a real problem, even if boosting it is the stuff of dreams” June 21st 2017) states that “Productivity normally grows by 2 per cent a year, not by nothing over nearly a decade. And if productivity is the ultimate driver of prosperity and living standards, these have been not only the lost years but the worryingly wasted ones.”

Far from being the stuff of dreams, delegates have time and again proved the opportunities for improved productivity in administrative environments, but that the principles of their engagement with the organisation make the realisation of such improvements – far less easy than it ought to be. And for that we blame just one person. Poor F.W. Taylor again, and for one reason only. That he included the word “management” in his most famous book.

Deltic Training also have flexible distance learning options for the IAM qualifications that they run, you can find out more information here 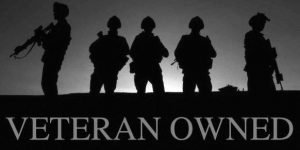